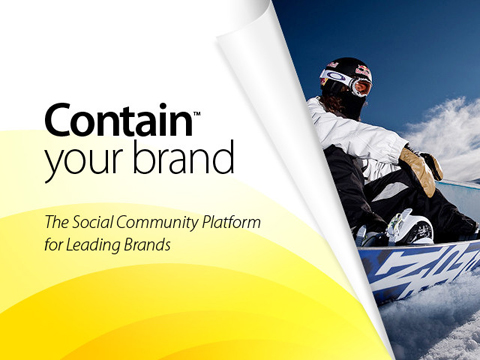 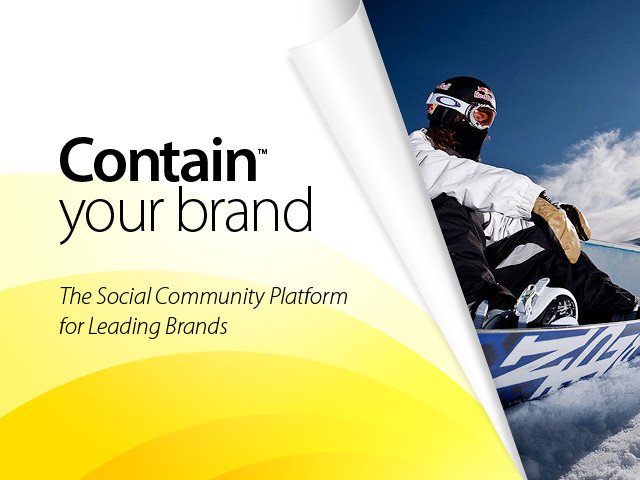 NEW YORK. June 14th, 2011. Fantasy Interactive (Fi) announced today that it has officially launched its new social media company Contain. Contain is a social community platform specifically designed to support leading brands through organic and targeted communication. Enthusiasts share content most apropos to the community via the web and mobile apps while brand communication is pushed to a receptive audience.

Contain’s white label platform was developed to be the heart of its clients’ social media strategy. Brand leaders such as Ducati, Burton and Porsche use the Contain platform as a cornerstone of their social arsenal to enable enthusiasts to convene and share among one another in a branded environment. Additionally brands use Contain to communicate with a captive audience, enhancing the brand-to-consumer relationship. With a strong focus on mobile and web participation, the Contain platform leverages custom iPhone and Android apps that enables brand-specific user-generated content that directly support the brand’s community-based initiatives.

First designed and developed by Fi under the “Kontain” brand, the enterprise-level platform launched in 2010 as a “beta-launch” with Burton Snowboards. Burton leveraged the Kontain platform to establish a fully integrated community within its current site. Due to the success of the Burton Community, the Contain platform has been adopted by first-class brands such as Ducati and Porsche as well as through government contracts with the Irish Government.

How we made Amper