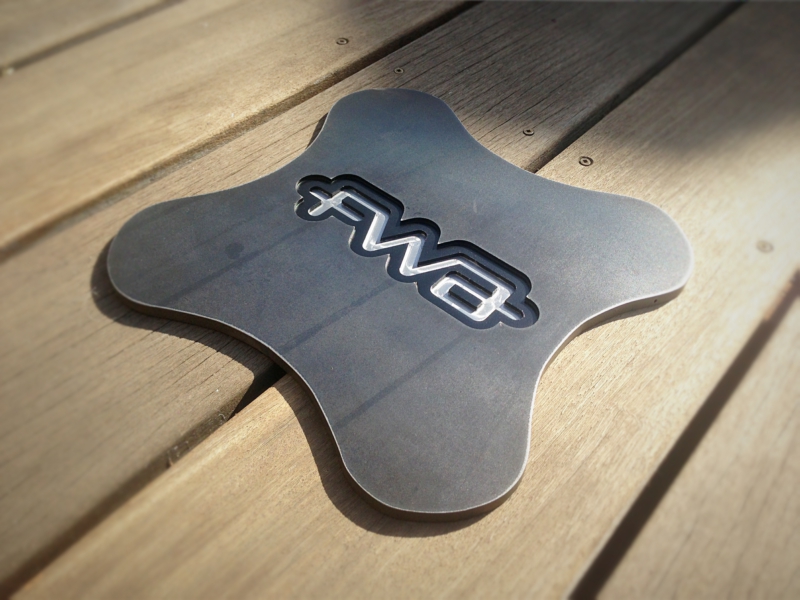 How award-winning work can make or break you

Today, many of us are familiar with The FWA. Those three letters are synonymous with showcasing inspiring digital work. It has become the go-to source for professionals and enthusiasts alike to immerse themselves in the ideas and examples that constitute bleeding-edge work on the web today. The FWA is the most influential one-man show I can think of—capable of making or breaking your career, or that of an entire agency.

With a vision for the future, I founded a digital agency in 1999. Today, that agency is marketed simply as Fi. But Fi’s roots started roughly about the same time as the digital optimist Rob Ford founded The Favourite Website Awards (FWA). Rob and I had a similar passion for emerging digital capabilities as we rode the wave of the Flash revolution. Our outlets, though varied, both indulged the pursuit of digital design greatness. In 2001 I submitted a website called “Starbreeze” to the fledgling FWA for consideration. And Boom! That submission won their Site of The Year (SOTY) award. 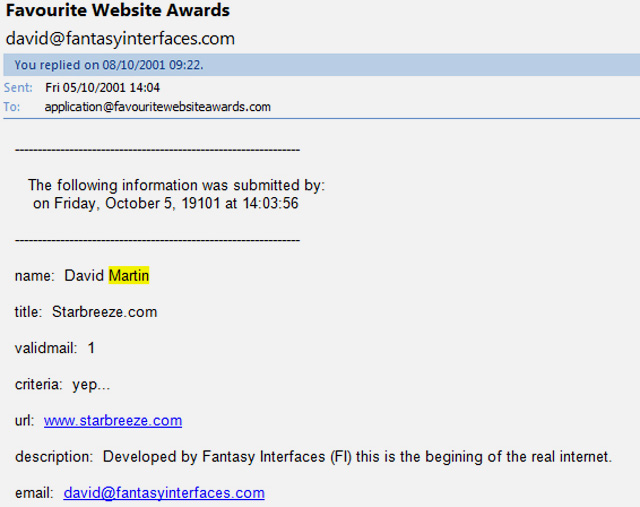 This is the actual submission of Starbreeze.com, I was pretty passionate about the future of the Internet! Photo Courtesy of the FWA.

What does winning really do?

Little did I know when entering Starbreeze.com for consideration that the SOTY win was to be Fi’s introduction to a long-lasting relationship with the FWA. The SOTY award (because of the clout the FWA had already garnished) became a major catalyst for Fi’s business growth and brand awareness. The term “FWA” became a verb in our lexicon, used internally and with prospective clients. It wasn’t uncommon to hear comments like, “we’re going to FWA this site.”

The impact of winning SOTY was nothing I could have expected. We saw a sharp rise in traffic to our site. Closely followed by an influx of email inquiries which led to bigger names like Xbox and Time Warner who reached out to us to learn more about what we were doing on the web.

Winning awards bestows a hugely positive increase in brand recognition. They also help attract new employees who want to work in talented, award-winning teams. Additionally, prospective clients want to be associated with a digital design agency that has a track record of wins. In fact, this award-winning focus became an integral part of Fi’s culture and a baseline expectation for the quality and innovation of our work. Winning awards helped grow our business, recruit extremely talented individuals, and set the framework for our agency culture.

Arrived in 03: “Fi finally arrived in December 2003 when they launched a new and customizable portal for brand giant Time Warner. When Road Runner launched, internet forums lit up with a buzz that is only matched today by the likes of Twitter trending. Road Runner took content to a new level and showed the world that Flash was not just about animations but it could handle huge amounts of content in an intelligent way. Fi had now firmly established itself as a global player in the digital realm and FWA was lapping up the chance to showcase such amazing work. Brands around the world were seeing FWA as a serious internet award and, thanks to the likes of Fi work, we started to become a well-known and respected award by brands, agencies and individuals the world over.” - Rob Ford

With many agencies to choose from, word of mouth is often the most reliable resource for clients when deciding who to work with. In the insanely fast-moving industry of digital design, that “word on the street” tends to quickly surface who’s winning, who’s killing it creatively, and who is innovating ahead of the curve. The FWA, amongst other awards sites have built a veritable “agency leaderboard”, exposing top contenders in the digital design space. But getting on this leaderboard requires serious investment. Between 1999 and 2003, Fi made $0.

Everything we made was reinvested into the next project in order to build a portfolio of award-winning and innovative work. Through this investment we in essence created a “sales machine.” Although we had little-to-no experience in many of the sectors we were trying to break into, clients took a risk in engaging with Fi because of the credibility and notoriety we built through the awards we had won. Additionally, we were being recommended to key business decision makers (CMOs, VPs, Executive Producers) by the designers and developers who followed our work on the FWA and other awards sites. This sales machine has worked to passively drive nearly all of Fi’s business from 2003 onward.

JWT and Ford were clients that took that risk with us and together we created the multi-award winning Fordvehicles.com in 2005

The digital agency world is a tough space to be in. Sometimes the most exciting engagements can quickly turn course due to budget constraints. How many of you have found yourselves in client conversations where it’s apparent they’ve pushed the scope too high without the funds to back it? On the one hand it’s great that they have a vision for great work, but from a business perspective it quickly bottle necks when they find out how much their vision will (and should) cost to execute.

It’s important to pick and choose your clients carefully. You should always go into engagements knowing how much you can invest operationally and what the benefits of that investment will yield (e.g. awards, recognition, future business opportunities). There have been countless award-winning projects done at Fi that required this sacrifice. Starbreeze, Conspiracy Games, Fido, Dotu were all projects in Fi’s beginning that were executed at a financial loss. However the losses were taken intentionally to facilitate innovation and high quality launches that led to industry recognition. Fi continues to position innovation and passion above the bottom line with recent projects like the Google Chrome Web Store, USA Today, and the Nickelodeon iPad App.

When considering these investments, it’s important to note that they weren’t just monetary. There has always been huge investment in passion, made by the employees who threw every ounce of their genius into the projects to ensure success.

From a business and operations perspective, a heavy investment doesn’t always make sense—especially with those clients who fail to deliver on their end. But my advice to you is: find clients who are willing to push with you, and be prepared to sacrifice profits for innovation every now and then. Regardless of how small or big your agency is (or gets), you’ll see the investment pay off in the end. 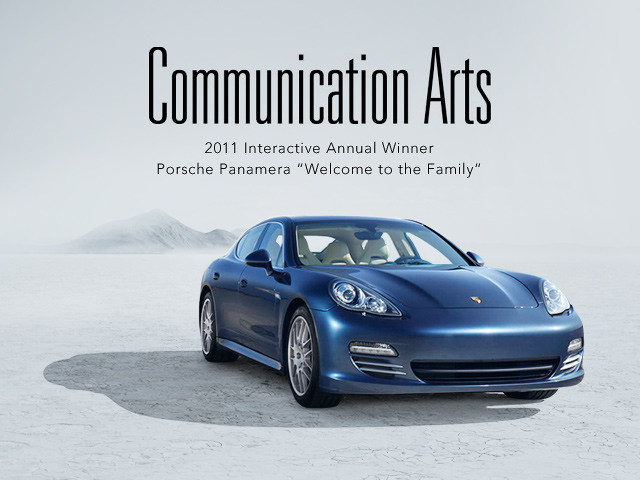 The Porsche campaign site staged the online launch of the Panamera sedan and went on to win the Communication Arts site of the year in 2011. The project suffered initial timeline challenges due to a 3rd party vendor issue. With no rescue budget available, the resulting work ate into our profits. We could have chosen to deliver less but we knew it would have affected the overall quality. The results of our investment were priceless.

Winning awards requires sacrifice. It can be monetary, as discussed; but the sacrifice that continues to yield the greatest rewards are those of the employees. When Fi’s employees believe in the project mission and have a trusting relationship with the client partner, their effort, proactivity, and passion become the key factors in a project’s success. Determining whether or not your team is “setup for success” is crucial to employee retention. Pushing for award-winning results can be far more costly than any monetary investment if the team is burned out at the end of the process.

Here are a few of the questions we ask ourselves at the start of any project to ensure we are setup for success.

Over the past 13 years we have lost good people for various reasons. We’ve learned that the questions above, when answered positively at the start of a project help to better setup our teams for success. This in turn has helped us retain hyper-talented individuals who strive for award-winning work, and who put that effort, proactivity, and passion into everything they touch.

Of course we’re always keeping an eye out for how we can better support our employees. This is an organic process that must be evaluated (and reevaluated) constantly. But Fi is a much different organization today than just a few years ago—I clearly see we are more equipped for success than ever before. Through increased mentorship, dedication to staff development, and by putting our employees first, Fi is able to continue delivering award-winning work outside of the sweat-shop mentality that can sometimes become part of the digital design agency culture.

“20 Things” was a great example of a project that was setup for success from day one. We had a savvy and passionate
client-partner at Google and the Fi team was relentless in pushing innovation and great work.

I think it’s safe to assume all clients want to be associated with successful projects. I have proudly seen client-partners at the helm of award-winning work with Fi advance in their own careers, gain accolades, and garner more responsibility within their respective companies. Smart clients (even the most savvy) acknowledge that they can learn and grow their own skill sets by partnering with talent who’s at the top of their game. Our best clients have been those who trust us as the subject matter experts in the digital design field, while aligning their own business’ insights and metrics to define a successful project roadmap. This synergy not only makes for an enjoyable working experience but sets the framework for innovative, award-winning work.

Most of Fi’s clients have proactively reached out to us either through word-of-mouth introductions or via our website. They found out about Fi and were inspired to contact us because of the work showcased on various awards sites; from the FWA to the Webby’s.

Are you an FWA Agency?

If your agency has ever won an FWA, you have more than likely impacted the shape of today’s Internet. Not to mention influencing the multitude of designers, developers, and producers who visit the FWA daily for inspiration. I hope your recognition(s) have provided you with the vastly positive impact it has for me.

We are Fi.
Award-winning work has certainly made us what we are today. 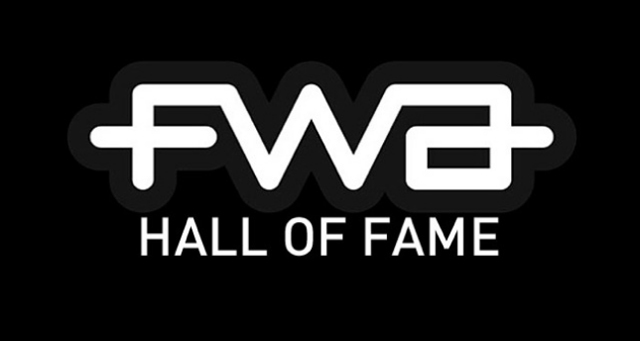 Last Friday, Rob Ford & The FWA received a small token of our appreciation. Thank you Rob! Someday I’m sure we’ll eventually meet in person. Until then, keep inspiring the digital design community and investing your time, effort, and passion into what you do best—showcasing the most innovative, inspirational, and outstanding work on the web today. 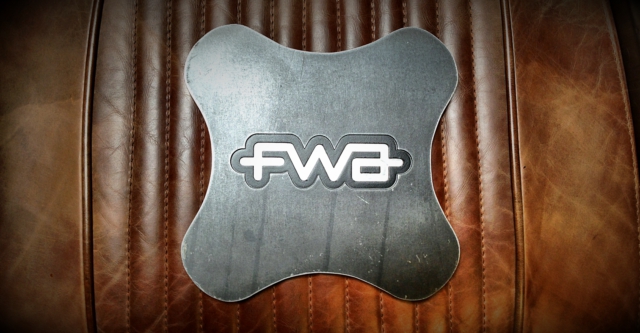 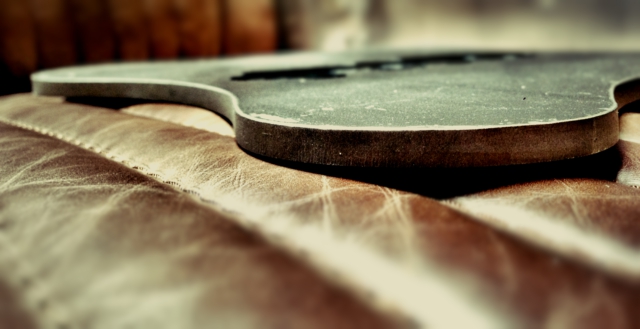 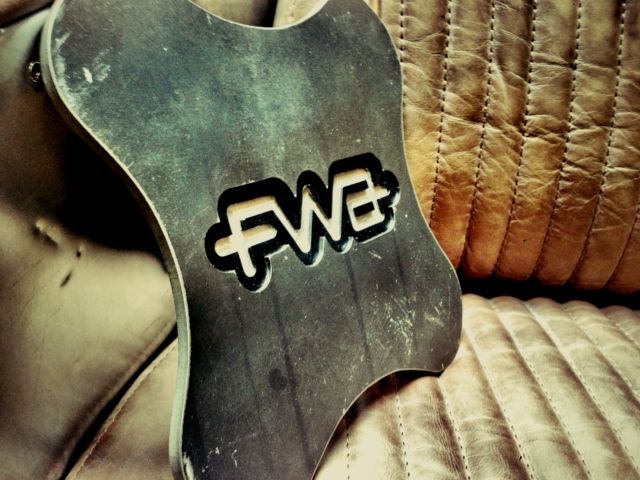 David Martin is a former design & creative director at Fi. He founded Fi in 1999 and is currently the CEO at the agency. He has never met Robert Ford. 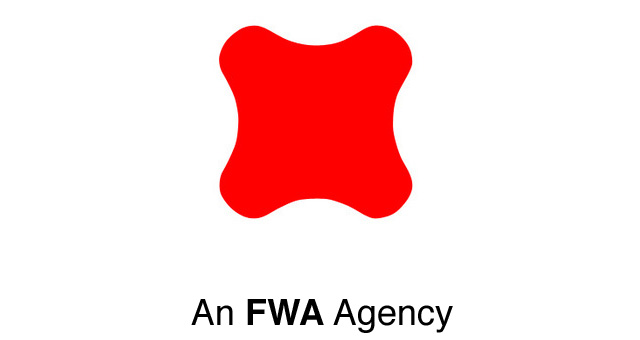 The Met Museum Redesign
Read it

What if Tinder did Travel?
Read it

What If We Could Rethink Digital ...
Read it

Fantasy behind the new Si.com

13
Close
Previous:Six Reasons You May Want to...
Next:Is This The Future of The...